Surfing with Picasso - the very best of Hoovers and Sledgehammers (DLR015) 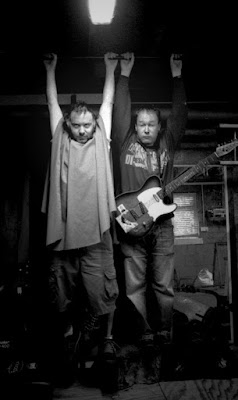 Surfing with Picasso – the very best of Hoovers and Sledgehammers (DLR015)

Unhinged, puerile, surreal, genius; The Hoovers and Sledgehammers ground art, politics, history and suburban alienation into the dust of dreams and nightmares. Between 2002-2009 the unmistakable forms of Earl Mustard and Igor Honey (occasionally joined by others) cut a swathe of mayhem across the Dublin music scene..

While they excelled as a live act, they produced a vast amount of material over their relatively short lifespan – 8 albums (average of 22 songs per album), not to mention an EP, and a not insignificant number of videos (and even a non musical film short). They were a self-contained creative cottage industry – and that’s before we even touch on Earl and Igor’s art and comics.

The sheer volume of this back catalogue means picking a single ‘best of’ is a hard task… long term hoovers fans (and there are indeed a few) will recognize some favorites, but even to the initiated such gems as ‘the best mood’ and ‘surfing with Picasso’ will be a new treat. To those unfamiliar with the Hoovers this presents a fine introduction to one of the most unique and unclassifiable acts ever to darken a stage in Dublin – and while although we may never again see Earl rolling around the floor of the Harbour bar wearing a framed death mask, while Igor, clad in pink wig, mask, and sequined gown dances on the bass amp – this collection will at least give a flavor of the Hoovers experience…


The 15-track album, with extensive additional photos and sleeve notes by both Allen Blighe (Spook of the thirteenth lock, ballroom of romance) and Igor Honey, is available as a free download form www.drunkenlustrecords.net.

new video to the haunting 'skeleton women of baggot st' released by the holy sparks!!! Track is taken from the forthcoming album 'across the endless seas' - due out on drunkenlust records in early 2014. 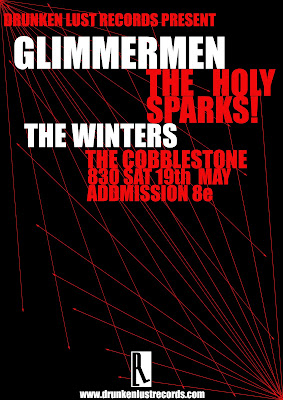